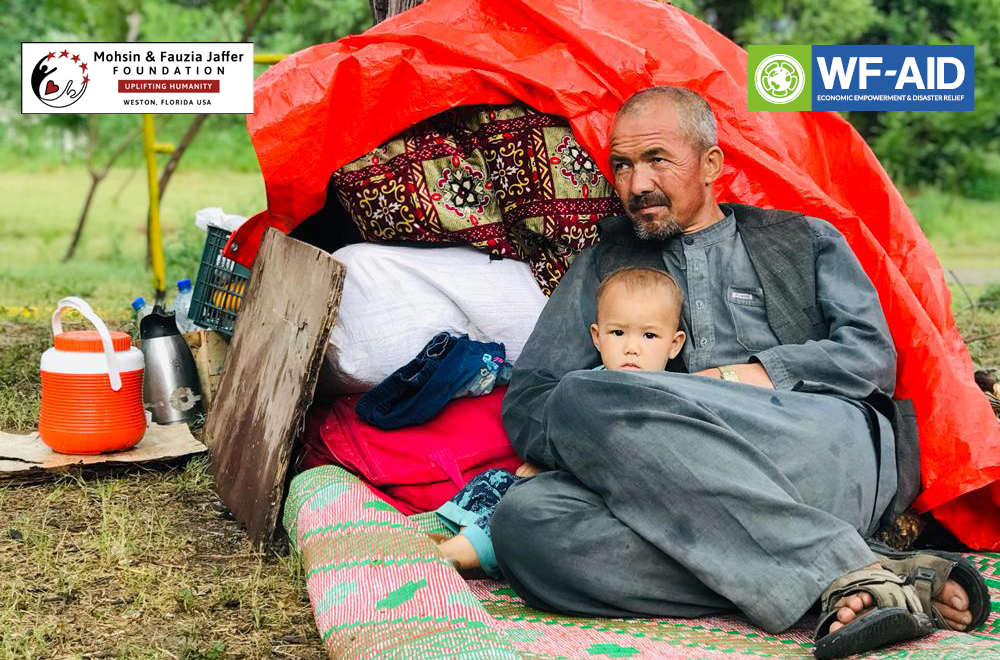 The Taliban regained control of Afghanistan in August 2021. The Shia and Hazara communities in Afghanistan are regularly subjected to target killings, violence and persecution based on their identity as religious and ethnic minority. They have been facing fake kidnappings, attacks on their schools and hospitals, and targeted bombings of Shia religious and cultural centers by the both Taliban’s and ISIS. Since then, many people have fled to neighboring countries to escape from the impacts of political unrest and a deteriorating economy. Pakistan is home to more than 1.4 million registered Afghan refugees. Pakistan is unwilling to take in more Afghans and refusing to help them. 1,500 Afghan refugees which includes orphans, senior elders, women, disabled & widows are protesting and living in camps near the National Press Club in Islamabad, Pakistan. Safina Welfare Trust with the help of few generous donors managed to provide food parcels to them which contained rice, oil, sugar, tea, salt, spices, beans & pulses. 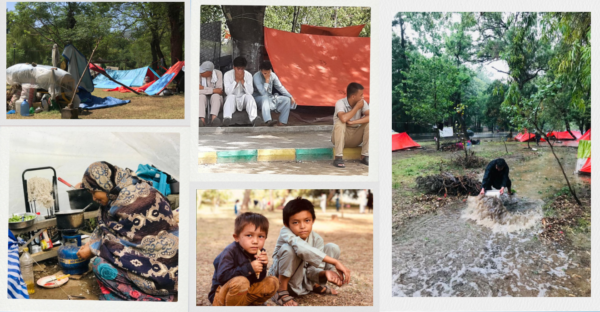 The said funds were used to provide food packs to 250 Afghan refugee families residing in a public park in Islamabad city, later some fruits & vegetables were also provided. Total more than 1500 beneficiaries including orphans, elderly women, disabled & widows were happy and prayed for the generous donors.

Mohammad and his family tried to escape Afghanistan. The four day journey to Islamabad, Pakistan was extremely dangerous, and they travelled by horse and on foot at different stages. At one point, Mohammad fell off the horse because his father was so tired he couldn’t hold him anymore. Here in Islamabad, Mohammad and his family are living on a bare stretch of land near the National Press club in Islamabad. We provided them food parcel, vegetables and fruits to get relief in this critical condition. 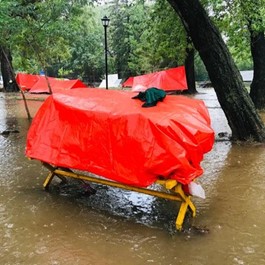 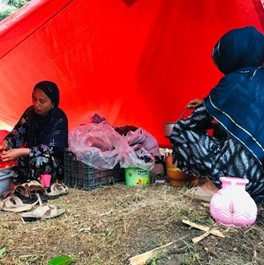 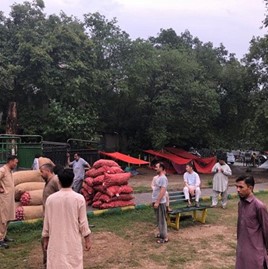 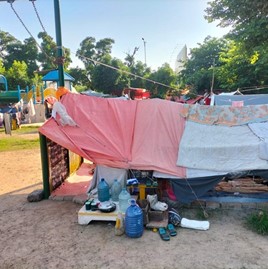 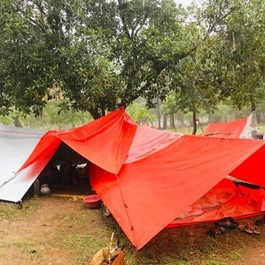 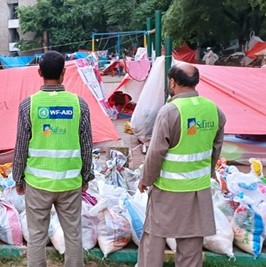 WE ARE VERY THANKFUL TO MOHSIN AND FAUZIA JAFFER FOUNDATION

WF-AID couldn’t have achieved this without your generous support and dedicated efforts of our ground partner, JazakAllah!

IMAM JAFAR SADIQ (A) SAID: “AN ACT OF CHARITY GIVEN OPENLY PREVENTS SEVENTY TYPES OF MISHAPS, AND A SECRETLY GIVEN CHARITY COOLS THE ANGER OF OUR LORD ALLAH (SWT)”